It is very easy to get swayed by romantic movies and how difficult love stories are conquered with persuasion and love. However, the Narcissistic and Empathic personalities together create a toxic connection that you should watch out for, if you are looking to find any happiness in your relationships. Below you can find some personality traits and relationship dynamics of both and see if you recognize yourself in them. 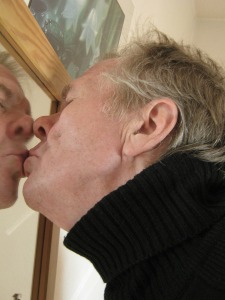 Narcissism is a personality disorder where one exhibits a lack of ability to empathize with others, characterized by an inflated sense of self-importance. Sometimes they can be very subtle and not easily detectable. A narcissistic person may seem generous and well-meaning on the outside, in his social interactions with friends and colleagues, but usually their meanness shows up in intimate relationships with a romantic partner. Even socially they may be unpopular as they can hide, control and manipulate, however, the extent of their malevolence often comes up in their relationships with a partner/spouse. They are control freaks and assume a larger than life sense of self where the entire relationship revolves around them, their needs, their wants, their desires, their dreams, their everything. They don’t give two hoots about the needs, wants and desires of their partners and will make you feel crazy and even stupid if you try to express your own wants and needs in the connection. They assume a sense of entitlement and disregard others’ feelings easily, being unemotional with a superiority complex. More than anything, they want to be obeyed, respected and admired by their partners and cannot handle criticisms well. They can easily get hurt and feel rejected, so their guards are always up which prevents them from being vulnerable or expressing their real emotions.

The narcissistic personality trait is more prevalent in men than women. It could be due to genetic or environmental factors. I have reasons to believe, their unreasonable sense of entitlement and inflated self-importance may also arise from a belief system that perpetuates the patriarchal male-dominated conceptualization in society.

While the narcissists are at one extreme, empaths tend to swing to the other end of the pendulum. They are people who give easily, sometimes at the expense of themselves. Empaths are natural healers. They are extremely sensitive and can feel others’ pain and suffering. Hence, they have a hard time in setting healthy boundaries in personal relationships as they often get walked all over and taken for granted by their partners. They are habitually overgiving, self-sacrificing and self-abandoning as they are so busy catering to others’ needs, they forget their own. They can pick up the energies in a room alongwith the pain and suffering of others as their own, since they have a hard time separating others’ problems from their own. These individuals tend to attract Narcissistic personalities in relationships, as you can see the two personalities complement each other very well. However, this kind of connection could be toxic for both; while feeding the bloated egos of the Narcissists, the empaths end up feeling resentful as they get depleted, drained and dejected by continuously giving and meeting the needs of their partners in the long run, without their own emotional and physical needs and the desire for love being met. Hence, Empaths tend to get into one-sided relationships as they keep giving without receiving.

While most Narcissists are male, many Empaths are female as they are often more emotionally driven than men. Of course both tendencies can be found in either genders, so I am not segregating here, just citing commonalities. 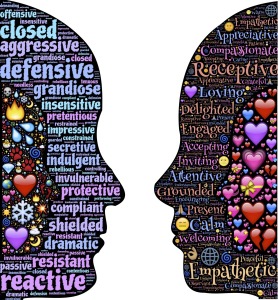 The Narcissist and the Empath tend to attract each other on an energetic level, especially in romantic relationships. While the Narcissist wants to keep taking, the Empath keeps giving. And although they both seem like polar opposites, they in fact, emit similar vibrations energetically; it could be a sense of low self-esteem and poor confidence in oneself, or a feeling of powerlessness, feeding off each others’ deficiencies when engaging in such toxic connections with one another.

The empaths’ sensitivities make them a specifically easy target for energy vampires like Narcissists and control freaks, who drain their energy emotionally and physically, who lack empathy and are only concerned with themselves, who make the Empaths believe they’re unworthy and unlovable. Empaths being big-hearted people, try to relieve the pain of others by going out of their ways to help, do charity work, be it helping a homeless person on the street or a distraught friend in need. It’s great to reach out to people and ease their pain, but empaths go a step further. They take it upon themselves to alleviate the suffering of others, and suddenly they feel drained and upset!

As the Narcissists consider themselves special, they constantly expect favorable treatment as if they are entitled for it without reciprocating the same. They really think whatever they want, they should get as they expect their partners to conform to their every whim and fancy. That is how they derive their value. If their partner doesn’t naturally anticipate or meet all their needs, she is useless. And if she even tries to defy or deny him, or ask for her own needs to be met then she bears the brunt of his rage, which could show up in the form of aggression, anger outbursts, manipulation, abuse or worse, the silent treatment aka cold shoulder! They feel threatened by their partners’ independence, influence or popularity. 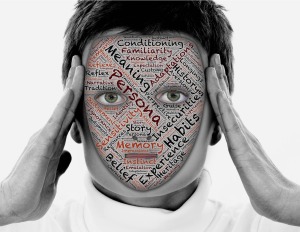 Narcissists cannot identify with others’ feelings or put themselves in their partners’ shoes. They have no empathy or tolerance and often view their partners as just objects for their own fulfillment. Empaths who don’t have a healthy sense of themselves, fit that role of the partner perfectly. Hence, the Narcissist keeps taking advantage of the Empath to meet his own needs only. It is a form of subtle exploitation which may be vicious, but usually oblivious. Narcissists simply can’t fathom how their behavior affects their partners; they lack that sense altogether. All they can think of is themselves. Since it works for them, they continue this behavior of which often the Empath is the scapegoat.

Narcissists may dominate the relationship in a patronizing or dismissive way so as to belittle, demean intimidate or bully their partners into serving them and them only and may also attack the Empath with insults, name-calling and open threats to compel them to dance to their tunes. This is when we often see the victim-villain role-playing in these relationship dynamics. Naturally with such people, the Empath can never expect her/his own wants and needs to be met. It is often recommended to leave these toxic connections and look for healthier options where the feelings are mutual for both parties in the partnership. But Empaths find it hard to leave as they get entangled emotionally, thus unconsciously perpetuating this unhealthy dynamic with the Narcissist. This is an attachment or codependent relationship. 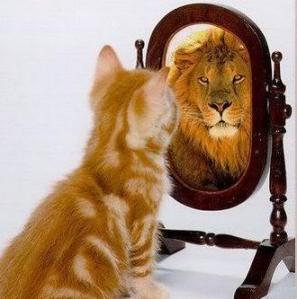 Narcissists aren’t really looking for a partner or companion; they want an obedient servant who is also a compulsive admirer, who can tell them how great they are and stroke their insatiable egos. It isn’t that they’re unwilling, they truly aren’t capabale of extending themselves to others. They don’t see or hear others. They don’t see the partner as someone who may reside outside of their own needs. Hence, they violate the boundaries of others with a total sense of entitlement. Moreover, they fail to assess their own shortcomings, cruelties, and mistakes, denying any feelings of inferiority or shame, usually projecting their faults and foibles upon the empathic partner.

Suggestions for a Healthier Connection

It is of utmost importance that the Empath learns how to protect his/her sensitivities and even energetically shield from these energy vampires. Some approaches could be setting limits and healthy boundaries with people you are interacting with, time management, grounding and surrounding yourself with white light to protect your energy from being depleted and most of all take care of yourself and fulfill your own needs first before doing so for others. Being an Empath could be a great gift to humanity, but you have to learn to set limits otherwise you will lose yourself in the connection.

Follow your dreams: look up things that please you and pursue them, instead of expecting fulfillment from the narcissistic connection. Any healthy relationship is symbiotic, based on mutual respect, reciprocity, and care for each other. Since Narcissists aren’t capable of that, you have to make a conscious decision whether to stay with them or not. If you leave them, they will find another victim instead of healing their own wounds, but this may make them incapable of connecting with anyone, least of all themselves. As an Empath you will naturally try to make positive efforts to heal but a Narcissist will not. It is a painful awakening as you learn from your mistakes and move on, but over time you will grow stronger and wiser when you let your experiences teach you and become more discerning about who you choose to share your affections with.

Know your needs: if you stand by your own needs and wants, you will easily recognize the narcissistic personality and avoid them in the first place. Hence, it is very important to figure out your wants and desires and communicate them to your partner before getting deeper into the connection. Having a strong sense of self, being aware of your strengths and weaknesses, will help you navigate & negotiate these connections better. A Narcissist will never truly value you, rather they will oblige you to value them instead. If you are in such a connection already and can’t leave for whatever reason, you have to find other means of emotional support and personal fulfillment.

Choose carefully: usually people who come from a narcissistic family or abusive childhood where their boundaries were constantly violated, tend to attract narcissistic partners in adulthood because they don’t have a good sense of what a healthy mutually beneficial relationship even looks like. The narcissistic partner often feels familiar and “home” to them. But as “used to” as you may be to such people, they can never make you feel good about you. So try to find a symbiotic partnership where you will be respected for who you are without being ignored or your needs white-washed, where you will be heard and your desires important to your partner, where you can be free to be yourself.

Make new connections: the Narcissists often tend to isolate their partners so they don’t have a solid support to fall back onto, in order to better control them. Try to find connections and friendships outside of your relationship, take up new hobbies and avoid keeping your mind idle. You may also surround yourself with people who value you for you, without invalidating or negating your thoughts, emotions and feelings; nothing like having a close friend with a listening ear! This will help you to not get lost in those narcissistic delusions. 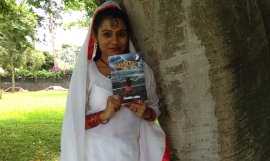 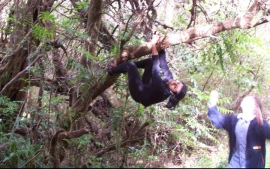 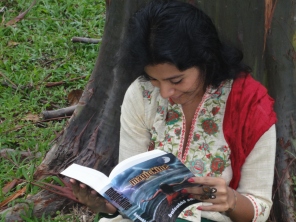 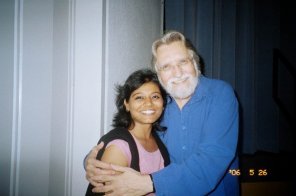