I first met Janardan in Kolkata when I was visiting India after many years. Janardan Ghosh is an actor, director, speaker, screenwriter and playwright. A truly ingenious performing artist, he is a man with many talents and creativity. So I was looking for a scriptwriter for a story I had written, to be turned into a feature film when I got introduced to him. Then one day he attended a lecture of mine at the Bengal Theosophical Society on Death & beyond! Much later I had traveled out of Kolkata when out of the blue, I received an exciting message from him. He was in Japan for a workshop and had met a lady named Jodie from the United States who casually mentioned to him that she had had a Near Death Experience as a teen. I was even more excited to hear about it. It was synchronicity! I immediately wanted to interview her and compiled a few questions. He was kind enough to conduct the interview with her and get me this interview script. Below I present the exact answers of Jodie, as recounted to Janardan.

This interview was conducted by Janardan Ghosh.

1. Please state your name, age and where you reside.

Jodie Johnson. I’m 44 and I live in Upstate NY.

2. How old were you when you had the NDE?

3. Can you tell me what happened to cause it?

I had been hanging out with some friends when they started smoking marijuana with a water bong pipe. They offered me some. I initially said, “no thanks”. But they were having so much fun, getting silly and giggling that I told them, “ok just one hit, just a lil bit”. Soon after, I left with my boyfriend to go to the mall. At the mall, I felt very ill but wasn’t sure why, so we went back to my apartment. I recall going into the bathroom and vomiting, profusely. I couldn’t stop vomiting. I was feeling extremely weak. He came in to check on me and I was lying on the floor. I tried to stand up but could not even sit up. I crawled on my belly out of my bathroom and into my living room area and felt myself losing my vision, my ability to move or speak. My boyfriend was kneeling beside me. I could feel him take my hand and I could hear him speaking to me. I murmured, “call 911”. He must have done so immediately. I’m not sure how much time lapsed before the paramedics arrived. I lost consciousness.

4. Do you recall feeling anything or seeing any type of tunnel or lights?

Initially, no. But then, I felt as if I were floating. Upwards. Through what appeared to be many, many ping-pong balls that were like billows of fluff. Weightless. I too felt weightless. Zero gravity. I just kept going like this. I felt Free. Happy. Safe. Comfortable. I had no desire to go back down. It was euphoric.

Evidently, the paramedics arrived and started injecting me with something in syringes (which I had to clean up all the mess after getting home from the hospital so that is how I knew). They began CPR on me. I was in full respiratory arrest. I cannot recall much except for one paramedic who was female. I can recall her voice as she shouted to whomever else was in the room. She breathed life back into me. Had to be her. She was kneeling beside me. I could see her from many angles. I was above her, beside her and behind her all at the same time. I do not recall the ambulance ride nor the hospital stay. It was at least 24 hrs later when I opened my eyes in the hospital. My mother and grandmother were in the room. Then, my family physician came in and reassured me I would be ok. I asked him what had happened. He said it was a severe case of gastroenteritis. That seemed weird to me. I asked him if he was positive. He said the lab was still running tests. I went back to sleep. Then, that evening my mom came to see me again and told me I could go home, that I had been discharged. Then she started yelling at me and demanding the truth. She said, my doctor told her the lab results came back showing that I had PCP (Angel Dust) in my system and that I had suffered a severe allergic reaction to it. I told my mother that this was impossible, that I was not on drugs. Well, she insisted and we got into a huge argument. Long story short, my friends had laced the marijuana with PCP.

6. Did you experience any other strange phenomena or see other beings, like deceased loved ones or angels?

Yes. I lost all sense of time until I woke up the following day in the hospital. The odd thing is, I only recall the floating happening while I was in respiratory arrest. After I started to breathe again, it was just the same feeling as being in bed asleep at night. During the floating with the white balls that were like ping-pong sized fluff… like cotton or weightless balls of white cotton candy… the light that was surrounding them… was brighter than the brightest white you can possibly imagine… pure white and pure light. You couldn’t tell one from the other. 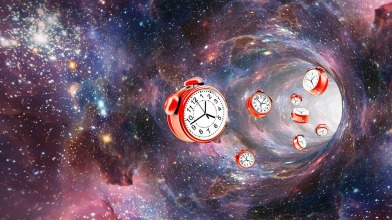 8. Was the light making the balls that white? Or were the balls giving off ALL that light?

No way to tell which was doing what. No one was with me, but yet it was not at all lonely.

9. Are you convinced this was an NDE? Have you spoken about it to others?

10. Tell me about the healing work that you do and if it relates to your NDE?

The NDE certainly opened a portal. At first a portal of curiosity. Future traumas had blown the lid right off the portal and I have since been able to transcend consciousness, now that I know it’s possible. I have done Shamanic Journeying. I can traverse realms, communicate openly with God and the Gods. I was brought up Catholic, but was never religious, yet from a young age I had a deep sense of faith.

I do in fact feel compelled at times to discuss the so-called 6th sense. Have you heard of HSP? It stands for Highly Sensitive Person. I have this trait. I was born with it. I used to see it as a curse. At times, I still do. However, it is a gift. It is a direct highway, both directions, between myself and God. You see, God is not always seen. God can be seen, but if you are listening with your ears or looking with your eyes for God, I wish you luck! If you stop this type of seeking and still your mind, you will find yourself in deep conversation with God and you will literally FEEL (His) responses! Those responses, I do tell people and have been doing it more and more. This is how the healing works too. I feel God… The Divine Love Energy… moving through me and into another person. I have been documenting the times I have been a part of miracle healing both in-person and remotely. I feel this is my true destiny.

12. What would you say to skeptics who do not believe in parapsychology,  paranormal phenomena, or things like clairvoyance, claircognizance, etc.?

I have absolutely nothing to say to them. Their soul energy is stuck and struggling. It is not my job or yours to convince people of anything. You need to be on your own journey and no one else’s… Stop this… You must never try to convince people of truths! The more you do, the further they move from it in the wrong direction. You do skeptics a disservice with this line of rhetoric. There is no such thing as a skeptic. The reality is, a skeptic is simply someone who lives ignorant of the truth.

I do… it’s in the process of going public.

14. Do you have anything more to add, or anything else that you’d like to say?

I have discovered things like remote viewing, a few encounters with paranormal type beings and dwellings. This is material that has a place in my near future when the timing is right and I cannot say exactly when, but some very profound life experiences are developing which need to remain private for some time still… I would be more than happy to let you know when that materializes.

Thank You for taking the time to sit with me today.

Thank You for your time and efforts as well.

Watch this interview video, with added subtitles in English & Spanish:

“Life is eternal; and Love is immortal; and Death is only a horizon; and a Horizon is nothing save the limit of our sight!” 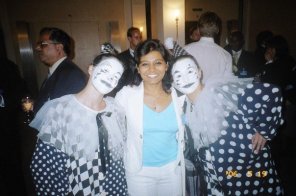 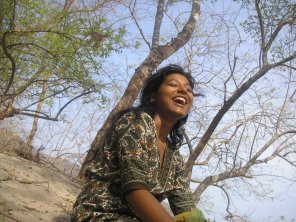