Consider this: when I first traveled to South America, I left my country on 18 April 2009 and four continents, four countries, four flights* and 32 hours later I reached Venezuela on 18 April 2009! From Asia (India) to Europe (Belgium) to North America (Canada) to South America (Venezuela), I flew 32 hours moving from the east to the west of this planet, and yet reached there the same day I took off! How is this possible? Of course, it is no rocket science to understand what I’m talking about.

When I travel from the east to the west here on earth, I get a day younger but when I travel from the west to the east, I get two days older! Now can you extrapolate this idea to the vast space surrounding our planet, out into the farthest galaxies in the universe? Imagine someone traveling into outer space from planet to planet and far beyond; it may be that he spends only ten minutes in his rocket but here on earth 10 years have passed by or vice versa. Can you fathom this? Now give him 10 hours or 10 days and when he returns it might be difficult for him to find anyone alive he knew when he had left here on earth. It all depends on the distance, speed and time of travel. This example may seem far-fetched but it is science! Today we do not have that kind of technology to send human

bodies far out into space, but that doesn’t mean we can’t in the future. And notice that I said human bodies, not human beings. Because humans beings already do this kind of time travel at an astral level on a regular basis in their so-called out of body experiences and dream states, consciously or unconsciously.

When I speak to someone in the east, I am essentially talking with the future, whereas when I speak to someone in the west, I am talking with the past, although both are talking at the same instant of now! Literally, it is each of our reality! If time were linear, then two people could not experience different timelines parallelly; rather they would experience it sequentially. Hence you may now understand that time is nothing but a mental construct by human beings in an attempt to understand our movement through space. It is just a unit of measurement, to calculate how fast we can move from one place to another. Increase or reduce the speed and you can alter time! Similarly, increase or decrease the rate at which you move through life, and you alter age!

You see some hundred years ago, when medical science was not as advanced and life expectancy was a mere 30-40 years in those days, someone at the age of 20 was considered old! No wonder people got married even before reaching puberty. But today when we have managed to expand life expectancy to nearly a century, people in their 20’s, 30’s and even 40’s are considered young. In fact nowadays so many people in the western world are getting married after the age of 40, for the first time!

And perhaps in another 50-100 years from now, we will have managed to expand that number further. And then, we wouldn’t even need old age anymore to transition from the physical to the non-physical, that some people here on earth call ‘death’. With a mere desire we could leave our bodies and move onto the next stage of our soul agendas. Right now on the planet there are people who can in fact leave their bodies, some consciously and some unconsciously, often in out of body experiences, near death experiences, frequently in hypnagogic and dream states, as well as there are mystics who can even die at will without committing suicide or escaping life, by bursting some capillaries in their bodies with their minds and other methods.

When we see wrinkles or degenerative diseases that occur with age, it is not because of the time we have spent in our physical bodies here on earth, but because of all the resistance we’ve developed during our movement through life. You see, when we come to this world, we view the world with fresh eyes, a place where anything is possible. We are full of energy and vitality with an adventure spirit, ready to take upon the world by storm. But as we move through life, depending on the households we grow up in and the belief systems of that family where we are born including cultural conditioning, we start putting limitations upon ourselves, force ourselves to adhere to the existing traditions, develop coping mechanisms to survive the trauma in childhood when our parents impose all sorts of rules to make us “soceitable”, as in worthy of society! And many of those religious and traditional belief systems in society are in fact dysfunctional; in other words, they don’t serve our expansion or our evolution. Beliefs that were created a hundred or even fifty years ago should be outdated with new beliefs now. But it takes centuries to change dysfunctional beliefs. Some of the toughest in our world are the beliefs around religion and marriage. And because of these limiting beliefs, we develop resistance to life, resistance to our dreams, resistance to our desires which in turn affects our bodies and the wrinkles, grey hair and dementia start showing up in younger and younger generations. Dis-ease is just a mind that is not at ease. Today children are getting diabetes and vision impairment before the age of 10. This is not always genetic. Scientific studies are showing that cultural conditioning is far more powerful than genetic disposition to diseases. To understand this better, read my article titled: beliefs are the root of all suffering!

Beliefs play a huge role in the age one really is at. A woman in her 30’s who is not yet married may feel old, whereas a man in his 60’s who is living the life of his dreams and enjoying robust health may feel super young. You see in our society, there is so much importance given to age that even doctors start treating patients differently, according to their age. A woman in her mid-thirties, who hasn’t yet found her life partner, may be ready to freeze her eggs in fear of becoming infertile, whereas without the doctor’s verdict and all this fear around a woman’s age, she could be freer to enjoy life and be fertile even nearing the age of 50 in today’s times. Just the fear around a woman’s age can make her infertile, irrespective of her biological age. Perhaps in the future, a woman’s body will also evolve to be fertile for longer periods as life expectancy increases further. 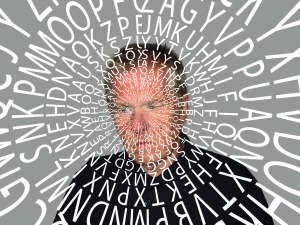 So what if you are 80? Start a tango class and feel the rhythm of movement with grace. Or join a sport. Play sudoku, kakuro, chess and mind games. Do crossword puzzles. Don’t write down that shopping list. Make a story in your head around all the things you need to buy at the grocery and pardon yourself if you forgot a thing or two. Your mind and memory will be glad when you do. You can always go again and create another mind game around your grocery list. This is a great way to thwart dementia, incl. Alzheimer’s and other degenerative mental disorders related to age. Exercise the mind. Think about it, if Alzheimer’s is triggered, let’s say, at the age of 70 and with longer life expectancy these days, imagine if one lives past 90. That’s twenty whopping years with no memory! That too I’ve taken the later figures. Nowadays, people are getting dementia earlier and earlier than that. No no no… you don’t want that. So start now! Do that crossword puzzle now! Try to remember things instead of writing them down. Do mental math. Avoid calculators. Try to remember names and numbers. You have the power to impact your genetic memory with your new empowering beliefs and your body will respond.

And forget botox or other chemically induced anti-ageing and surgical methods to look younger. Today we have natural ways to look younger, stay disease-free and maintain that youthfulness. Meditation, regular exercise, healthy food, grounding, upbeat attitude are some of the known ways. Besides, there are hundreds of naturally growing herbs and plants, like turmeric, black pepper, honey, moringa, acai, berries, cocoa, fenugreek, cumin, fennel, pollen, green tea, camu camu, wheatgrass, certain mushrooms, natural, ayurvedic, ancient Chinese and other herbal health remedies and the list is endless… that can not only preserve longevity, but also confer youthfulness and radiance.

Watch my presentation at a gathering of United Nations retirees in Bangalore, AFUNPI (Association of Former United Nations Personnel in India) on the topic: How to continue to be happy as we age?

*The fourth flight was from Caracas the capital of Venezuela to Maracaibo city in the state of Zulia, which is near Colombia. 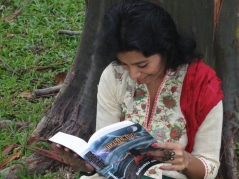 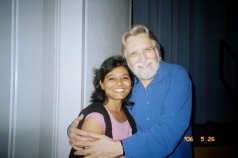 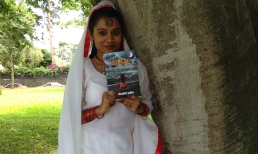 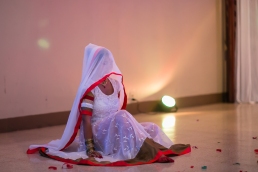 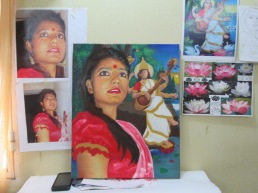